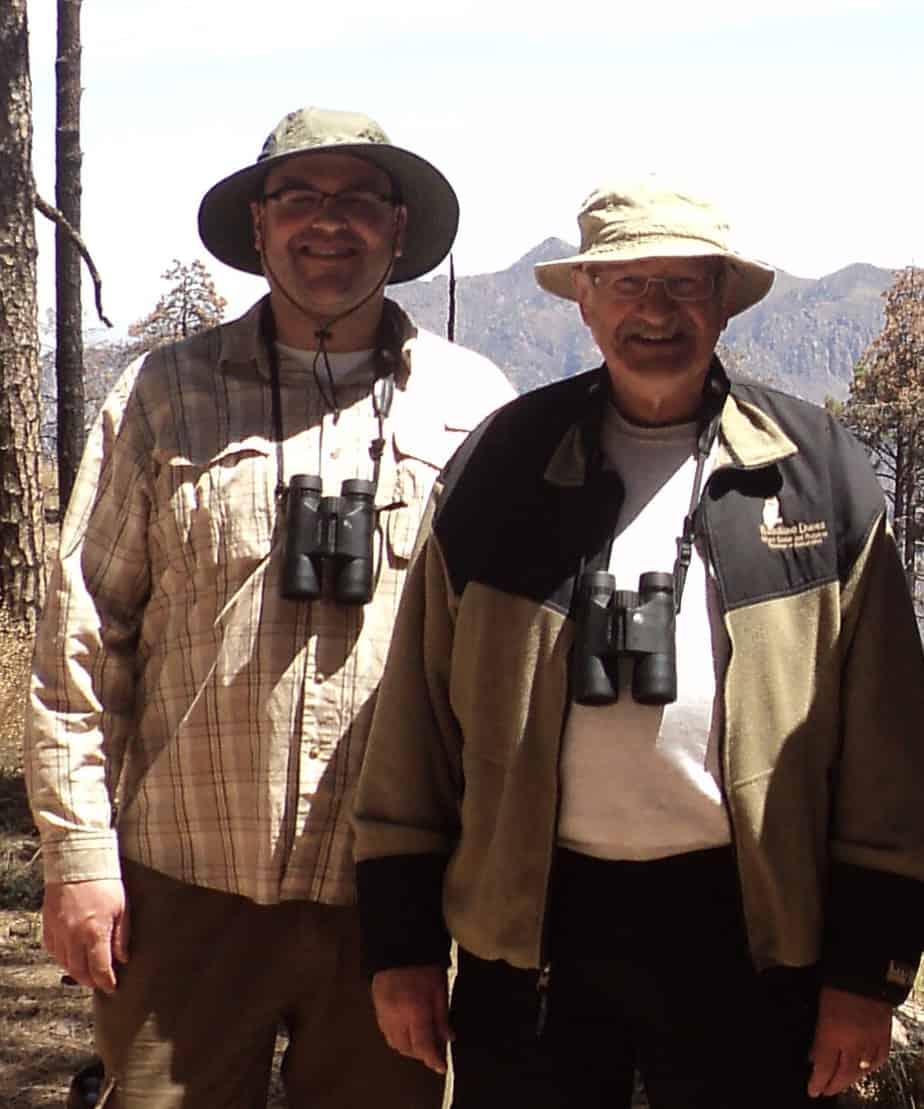 I made it to the top of the observatory tower at Woodland Dunes Nature with my 360 camera just in time for sunrise.  My Dad, Bernie Brouchoud, who founded this amazing place 44 years earlier, was in the ICU and I wanted to use VR to help him transcend the dizzying hospital interior.  I had hoped that immersing him in nature at the place he spent so much his life protecting could make him feel better.

There was poetic irony in attempting to use VR to help my Dad transcend a healthcare situation, when only a few weeks earlier, I was using VR to immerse people into healthcare situations at our booth at IMSH where I witnessed firsthand the potential of this technology to improve healthcare and medical training.

When he was rushed to the ICU in an ambulance 2 weeks earlier, we were afraid he wouldn’t survive the trip.  But an incredible team of highly trained professionals provided heroic care, and after inserting a central line and an array of new medications, he was stabilized.  This experience changed my life, and I remain forever humbled and deeply inspired by the heroic skill those doctors and nurses exhibited that night. It was clear that life depends on the training and experience of the staff in a place where every second counts.

I soon learned about the critical shortage of physicians, nurses and other healthcare professionals already impacting the care received in situations like this.  In fact, there’s projected to be a shortage of over 27,000 nurses in Wisconsin alone in the next 20 years, compounded by a shortage of qualified trainers – a situation that’s also projected to get much worse.

In fact, at around the same time we were in the ICU, a U.S. Senate committee in Washington D.C. held hearings on how to address the growing shortage of nurses and health care professionals especially in rural areas.   Ranking Member Patty Murray (D-WA) said, “Compared to the scope of the challenge, we’re fighting fires with a squirt gun.”

While my Dad was lucky to be enjoying comparatively elite care with regional adjacency to multi million dollar state-of-the-art training facilities and some of the best schools in the country, the situation isn’t as positive in remote areas that don’t enjoy similar training access.

Overworked, poorly trained staff could soon become a widespread crisis in healthcare, and it’s likely to get substantially worse in the years ahead, especially in rural and remote areas. It will require training innovation of epic proportions to address this challenge, and it seemed clear to me that VR training could play a major roll in expanding access and increasing efficacy of VR training. 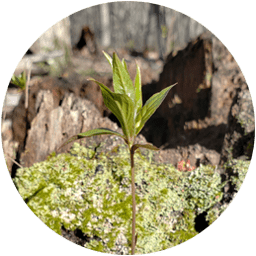 The Oculus GO VR headset was charged, the 360 video of Woodland Dunes was ready, and I could finally share it with my Dad to get his mind out of the hospital and into the Nature he so desperately missed.  However, his health deteriorated rapidly and he passed away before having a chance to see the 360 experience of Woodland Dunes.

As we left the hospital that night, empty and heartbroken, I looked back to see another ‘comfort cart’ being rolled in as ICU staff scrambling to assist newly admitted patients.  As shocked family members looked on, I remembered that feeling.

The realization that this was one of many thousands of hospitals, and this is the day-to-day experience of tens of millions, I was filled with a sense of urgency and obligation to do anything in my power to contribute to this industry in any way I can.  I was all in.

We Need to Find a Better Way

I was excited to learn of fresh research from the University of Maryland that found substantially higher retention from virtual reality learning.  Other studies reported students remember what they learn in VR as much as 250% longer.  These exciting results underscored my commitment to prioritize healthcare and medical training as a central focus for Arch Virtual.

However, if we’re going to make a difference with VR in healthcare, our current approach to VR development would need an overhaul.  It was expensive, complex and time consuming – involving specialists across the entire spectrum of VR development. The result of many months of effort is a single ‘on rails’ app that could teach learners to perform a procedure one way.  Every school and hospital does things differently, and best practices are constantly changing. 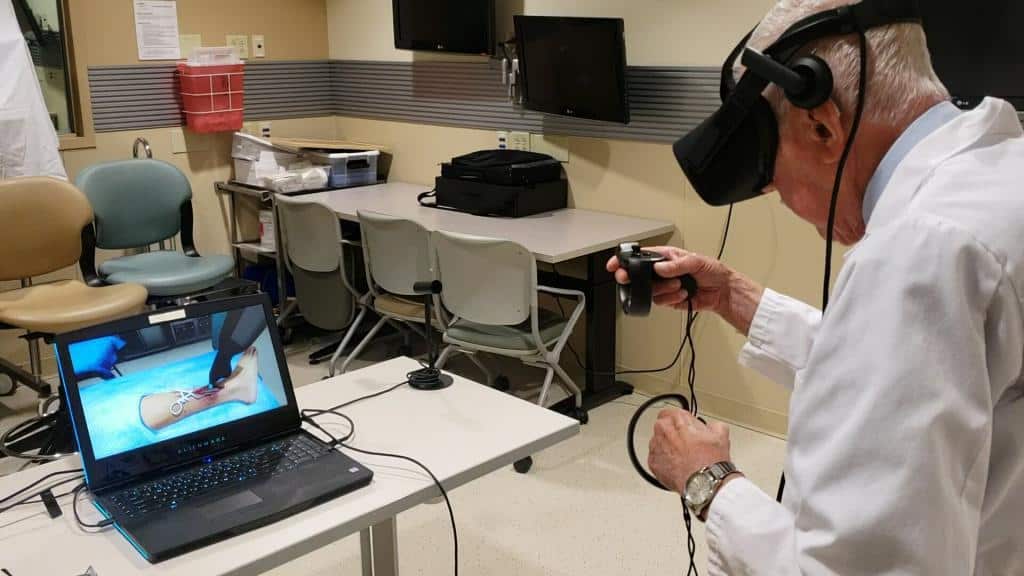 Taken together, the expensive, complex, time consuming and inflexible development methods we’re using now have already fallen far short of meeting the demand for VR medical and healthcare training.  It can be effective and appropriate for some uses, but accommodates only a microscopic slice of a massive, multi-faceted industry with training needs that span a vast array of procedures and skills that are constantly evolving. 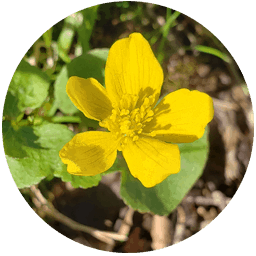 Back to the Drawing Board

The beauty of May in Wisconsin is truly ineffable.  I was pacing in a gorgeous outdoor courtyard during a lunch break at the International Forum on Consciousness in Madison after hearing a fascinating talk by Thupten Jinpa.  The topic shared marvelous synchronicity with the call I was now on with our VR development team.  We were kicking off an extremely ambitious undertaking that would redefine the future of our company.

We had recently finished an overhaul of our Immerse Creator VR collaboration product, and were excited by early feedback we had gathered around a skunkworks branch of it we codenamed ‘Phantom Scalpel,’ applying the same scene editing tools to medical simulation. 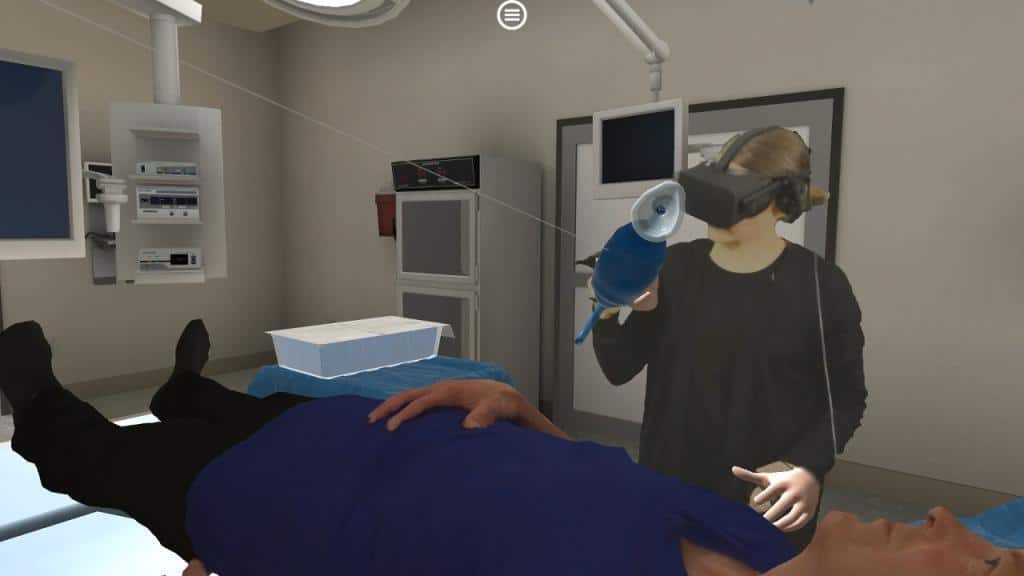 Earlier in the month, we began prototyping a method for capturing 3D recordings in VR that could then be saved to a library and played later.  The effect would be somewhat similar to a replay in a video game, or motion capture data, but would also include voice data, realtime object interactions, and networked multiplayer functionality.  It would be among the most technically complex challenge we’ve attempted, but the results could be quite powerful. 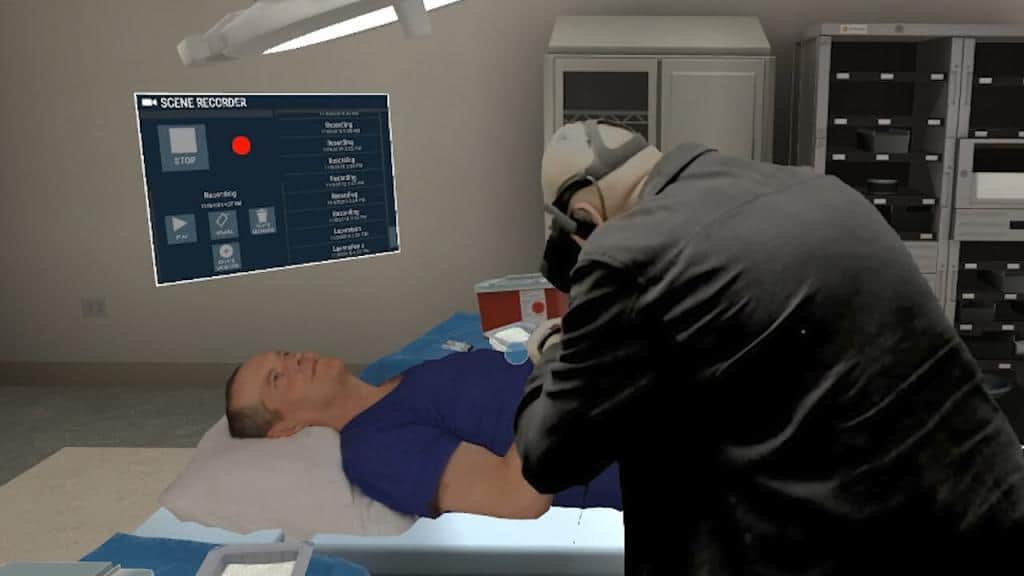 If we could pull this off and combine it with all of the scene creating and editing features we already had in place, it would allow end users to effectively create their own training and simulation content using easily accessible, off-the-shelf consumer VR hardware. 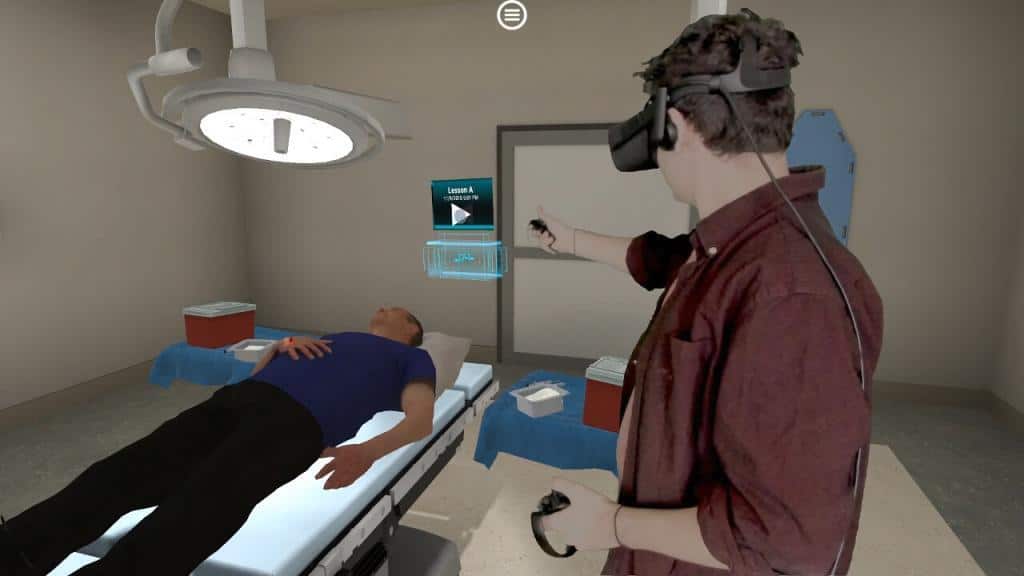 This combination of features held the promise of affordable, accessible, flexible, scalable, VR training creation, created by experts, that’s easy to update over time.  A training procedure that would have taken several months and tens of thousands of dollars to produce through traditional VR development methods could now be done in a few hours at a fraction of the cost.  This could be the path we were looking for toward meaningful innovation in VR medical and healthcare training. 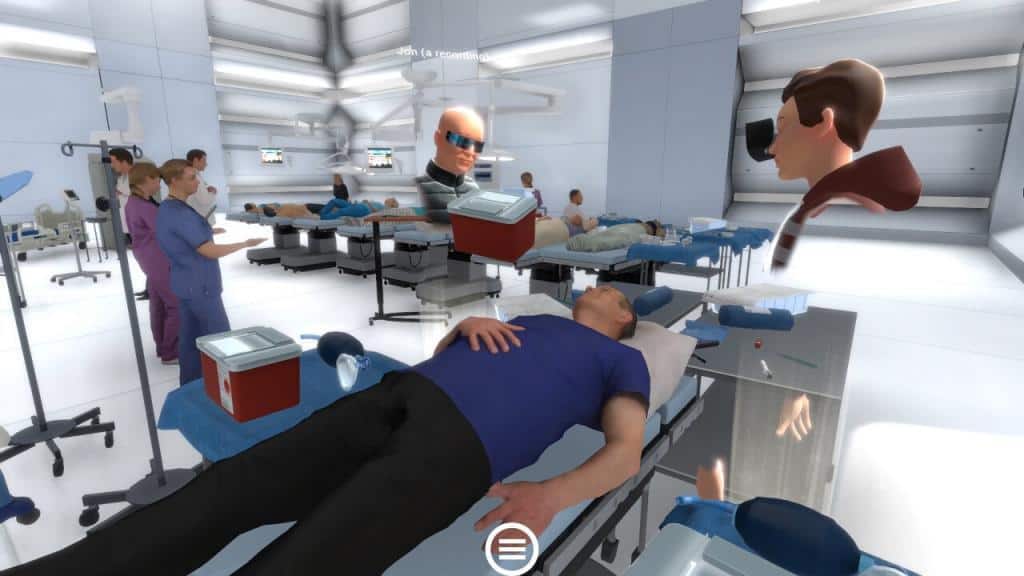 I was convinced we could demonstrate far greater learning efficacy and development speed with this method, while turning the keys of VR development over to the instructors, giving them complete control over the entire simulation. 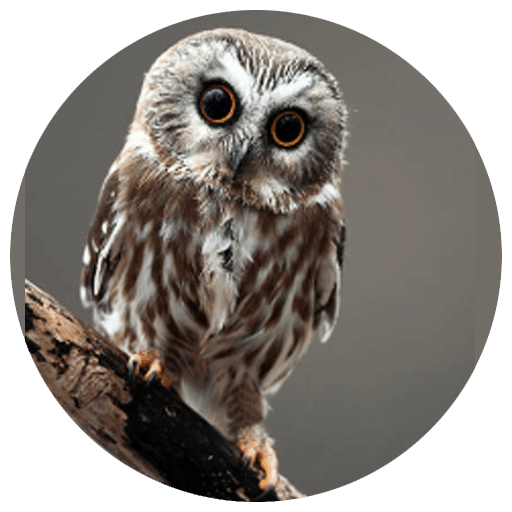 After a heroic effort by our development team, and months of encouraging feedback from pilot testers, we’re preparing to launch this new VR training system, formerly known as Project Phantom Scalpel.

We now call it Acadicus, for the latin name of the tiny Saw Whet Owl, the bird my Dad spent his career studying.  Ironically, the first case we were asked to develop is Central Line training through a partnership with UW Health Clinical Simulation Program, the same procedure that yielded the result that inspired this new path from the ICU earlier this year.  We’re raising investment capital and building partnerships and collaboration with schools to develop a variety of new procedures and equipment training, while gathering data we can use to build an evidence-based case for the efficacy of VR training with Acadicus.

My wife Kandy, and daughter, Juliana are driving from our home base in Madison, Wisconsin down to San Antonio next week to launch Acadicus at IMSH.  These are early days, but I’m excited to be embarking on this journey and look forward to the path ahead.